“Bitter Pill” is the debut EP from Mexican-American country artist Michelle Valenzuela. Raised in El Centro, a rural suburb two hours East of San Diego, Michelle grew up singing in church and writing songs. After relocating to Los Angeles, Michelle spent the last ten years writing songs for other artists as well as for television. In 2016, Valenzuela endured a series of painful life events that led her to begin writing what would become the Bitter Pill EP. Produced by Steve Ornest and tracked by some of LA’s top session musicians, Bitter Pill is raw and honest, but also polished and palatable in a way that far exceeds the expectations of the modern country genre. Paying homage to greats like The Eagles and Johnny Cash, “Bitter Pill” is more at home in the Americana genre than it is Country. “Me and Maybelline” and “Sweet Talk” are the stand-out singles, while the ballad “Bitter Pill” is a heart-wrenching tune easily relatable to all. “The Hardest Thing” shows depth and maturity in Valenzuela’s writing and vocal capabilities that far exceed her age. In a time where the country genre is still male-dominated, Valenzuela is proving that the best song always wins, and she is clearly a force to be reckoned with. 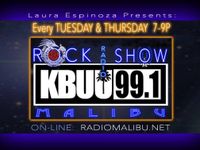 Laura Espinoza at The Rock Radio Show Malibu (KBU 99.1) will be airing Michelle's song "Good Liar" this week and next! Laura has already played "Me and Maybelline" in the past few months and is now adding Good Liar to her show. If you're not in the Malibu area stream here: http://s7.viastreaming.net/9140/ 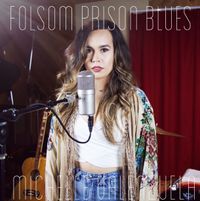 Michelle's cover of Folsom Prison Blues has been in rotation for 10 weeks on 92.5 FM Sierra Wave in Bishop. Check out the music video below! 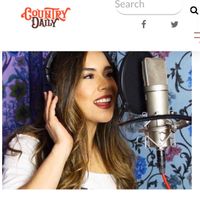 Michelle was recently interviewed by The Country Than Daily. She was asked about her musical influences, album, family, home town and her songwriting process. To read the full interview click the link below. 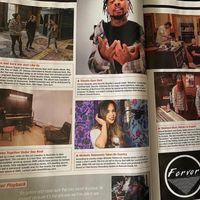 Check out Michelle on Music Connection's October issue alongside Tegan and Sarah and Shordie Shordie. The article reads "According to country singer Michelle Valenzuela, country music is still very much a man's world. She has set out to change that with her current body of work, Bitter Pill, out now on all platforms. The album was produced by Steve Ornest at Total Access Recording Studios in Redondo Beach." 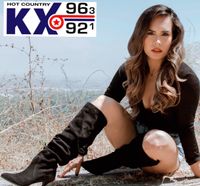 Catch Michelle's Interview with Brad Mercer on KX Hot Country 96.3/92.1 Saturday September 14, 2020 from 4pm-6pm. She will be featured as Country Catch of the Week and "Me and Maybelline" & "Sweet Talk" will be played on air!

Me and Maybelline on Five FM Stations Throughout California 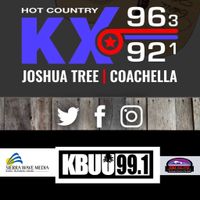 "Me and Maybelline" is now in rotation on five FM stations throughout California including KX 96.3 & 92.1 Joshua Tree/Coachella, Sierra Wave KSRW 92.5 Bishop, KIBS 100.7 FM in Bishop/Mammoth, and KBUU 99.1 Malibu. Tune in to KX 96.3 & 92.1 this Saturday at 4pm where Michelle will be featured as the Country Catch of the Week!

Me and Maybelline on KBUU-FM (The Rock Radio Show) Malibu 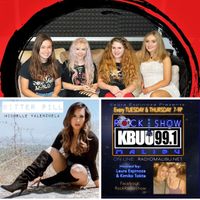 Thank you to The Rock Radio Show KBUU-FM 99.1 Malibu for playing Me and Maybelline. The song premiered live on-air on August 20, 2019. Keep an eye out for more on air dates and interviews!